The Finnish Government’s analysis, assessment and research activities
Study: The changes in motor vehicle tax do not significantly impact on the number of first-time registration of new cars 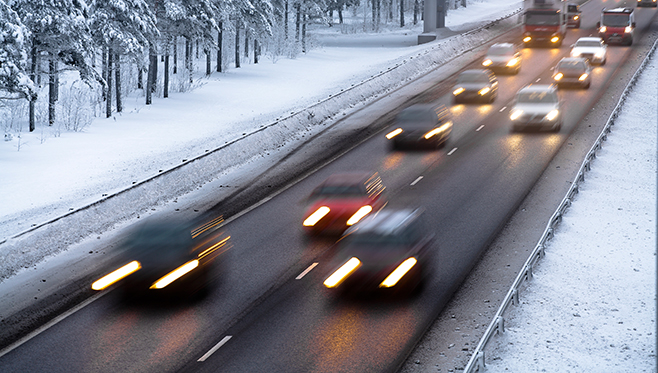 This new study reveals that Finland's stock of motor vehicles is distinctly less valuable than those of the benchmark countries Sweden and Norway. The change sin motor vehicle taxation implemented in Finland in the years 2003, 2008 and 2012 do not appear to have significantly impacted on the number of the new cars nor are they reflected in the number of old cars removed from use.

Researchers at the Institute for Economic Research (VATT), the Labour Institute for Economic Research (PT) and the University of Berkeley have estimated the impacts of changes in the motor vehicle tax and fuel tax on the stocks of motor vehicles in Finland, Sweden and Norway. The researchers also examined the impacts of changes in motor vehicle tax on the properties of new cars and on the level of CO2 emissions. The second part of the study focused on the regional price impacts of the fuel tax reform implemented in 2012. The results now published are the first of the comprehensive research programme, and they should be seen as being preliminary and of a descriptive kind.

The comparisons shows that Finns are driving older and less valuable cars than Swedes and Norwegians, but that the 2003 motor-vehicle tax reform of 2003 had the effect of slightly narrowing this gap. The changes in taxation appear to be reflected somewhat also in the CO2 emission levels of new cars, but these changes in the emissions are not great. However, the proportion of diesel-engined motor vehicles increased steeply in all three countries following the introduction of CO2-based taxes.

A vast amount of data was collected for the study covering the years 2000 2014 and it is being used for the first time for carrying out a detailed comparison between the characteristics of the stocks of motor vehicles in Finland's, Sweden and Norway.

Regarding fuel taxes, the study looked into the matter of whether the transfer of the increase in Finland's fuel taxes in 2012 into consumer prices differed according to regional differences in income and wealth or population density.

The project also includes a separate module for motor vehicle taxes and fuel taxes to be used in connection with the SISU microsimulation model. The SISU model is a calculation tool intended to be used in the planning, monitoring and assessing personal taxation and social security legislation. It is being used for purposes such as estimation of public sector tax revenues, examination of the economic status of individual citizens and households, and for assessing the income differences and effects of incentives.

When developing the separate module for motor vehicle taxes and fuel taxes, the primary task has been to ensure the availability and usability of the necessary and sufficiently comprehensive materials for the simulation stage. The necessary variables and materials have been picked or have been concluded from the source materials, and then edited to meet the simulation requirements. In addition to the compiling of materials, the final report will describe the formulation of the simulation models and present some results that obtained when using the model.

The studies have been carried out as a part of the Government’s 2017 Analysis, Assessment and Research Plan.